‘You Never Heard Of The Healing Power of Laughter?’-a further £50 raised pays for Clown Doctors visits which provides laughter for young patients (bronze) 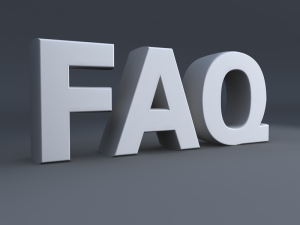 People have been asking some valid questions, so I thought I’d post a few here for everyone’s benefit…

Does it cost me anything to actually run the event aside from obviously electricity? How do we know that this is official?
-gawd no, we wouldn’t CHARGE people to do a charity marathon! I don’t want the responsibility of handling donation money, thats why Virgin money Giving are doing it. (they collect sponsorship for the London marathon, great north run etc)

But what about Virgin Money? They talk about this ‘event fee’ thingme?
-the event fee is what SKFF paid to set it up. participants pay nothing.. nada . Gift Aid is reclaimed from the Government and passed to charities in full. Fundraisers and their sponsors don’t pay a penny to use Virgin Money Giving, and every donation goes directly to the charity.

Do we pick our own games?, does it have to be just one big server ie warhawk? Can we do it from home or do we have to have a set base of operations, where we all would meet up?
– The marathon takes place in folks own homes, they can pick any 24 hour slot between friday the 6th and sunday 8th August. You could meet up, play as individuals or all do it during the same hours; organise however you guys wanted to play it.

Only one problem i see is who would be willing to sponsor me just for gaming? Anyone that knows me will just laugh in ma face if i ask them for money (my sister already has lol)
-If people seem reluctant to sponsor you, stress that its for a good cause, and that its going to be HARD! Marathon runners enjoy running, but 26 miles is a test. This is exactly the same. If you don’t get a lot of sponsorship it doesn’t matter – every little bit makes a difference. There are other ways to raise money too, for example during Extra Life gamers played each other online for money (e.g the loser in Street Fighter 4 donates a dollar)

Wow, no sooner had we announced our first trophy, but our second one comes in straight away!

‘Bravery award’-a further £20 raised pays for reward box toys, given to kids who have a particularly difficult procedure (bronze)

Lets keep up this momentum folks! To help us earn trophies, please click the Virgin ‘start fundraising’ button on the left and get involved!

Only a few days old, and already Sick Kids Save Point has earned its first trophy!

I’m proud to announce that everything has been finalised over at virgin money giving, and we are set to launch. Challenge yourself to a different kind of marathon, and help kids from all over the country who are in desperate need of medical assistance and comforting. You can make a difference!