We’re absolutely thrilled that once again Rockstar North are supporting Sick Kids Save Point. Our local games giant has been busy creating Grand Theft Auto V, which was released last week and made $800 million IN ITS FIRST DAY, but didn’t forget about their local charity games marathon in the aftermath..

Check out the amazing prizes they’ve added to our prize draw:

To be in with a chance of winning your own copy of GTAV, or an ifruit iphone cover, or even a plush Chop the dog, all you need to do is sign up for SKSP and raise £100 in sponsorship on your JustGiving page, and you’ll be automatically entered into our prize draw.

In the wake of releasing what looks to be the best selling videogame of all time, Grand Theft Auto 5, Edinburgh-based Rockstar North have today pledged support for Sick Kids Save Point, the country’s biggest and most successful 24-hour charity gaming marathon.

Sick Kids Save Point was launched in 2010 in Edinburgh, and thanks to the continued support of the local games giant, the event has managed to raise over £50,000 for the Royal Hospital for Sick Children in Edinburgh, making the biggest event of its kind in the UK. This year it takes place on the weekend 11th-14th October, and it is thought hundreds of gamers from across the UK will take part.

Rockstar North have donated a four figure sum every year to The Sick Kids Friends Foundation, as well as prizes to fundraisers who are taking on the challenge of playing games for 24 hours to raise money for this vital local charity.

Edinburgh actor Tom Freeman organises the event, and was nominated for a Sick Kids award earlier this year for his efforts.

“I’m delighted that our local heroes have yet again come up with the goods when supporting a crucial local hospital, which treats kids from all over the country.” he said

“We’ve had support from many of the numerous local games companies and some further afield, but Rockstar North have been consistent in their generosity. Many of Rockstar’s employees even take part!

Playing games for 24 hours is not easy. Just like a marathon runner has to fight through a pain barrier, participants in Sick Kids Save Point have to push past a realisation that sitting looking at a screen just isn’t fun anymore…”

Also supporting this year’s Sick Kids Save Point marathon are Swedish company Paradox Interactive, NIS America, Finnish company Ludocraft and Scottish website Calm Down Tom, all of whom have donated Prizes. The event also enjoys the support of the Scottish games industry through ScottishGames.net.

the Sick Kids Friends Foundation is a registered Scottish Charity that raises around £1.5 million every year to help children and families at the Edinburgh Sick Kids Hospital.

In this monster episode we go from Timesplitters to the Last of Us, and back again, via the Commodore 64, the arcades, the 32 and 64 bit eras. 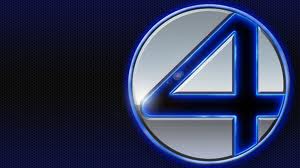 It’s tough when you have to plan for 24 hours of non-stop games!

We also reveal news from Edinburgh’s Tigerface games, some controversy surrounding the Ouya, and get hands on with Ludometrics’ Gridlock.

Listen to this episode

In the late 70s gaming was unimaginable. (Note our website url was different back then…)

To publicise his attempt to play 24 hours of Two Souls for Sick Kids Save Point, Craig has produced a second video. Watch with eagle eyes to find out why he re-shot this…

Keith Thorburn, Mags Donaldson and Steev Douglas have been major SKSP players. Last year they all finished near the top of our leaderboard. This year they’ve been working hard, and they mean business!