Many gamers who are challenging themselves to 24 hours of gaming this year have taken part in Sick Kids Save Point before. They’ll tell you that a gaming marathon is no walk in the park, but some are setting themselves extra challenges…

Perhaps they have been inspired by last year’s top player Neil Gow, who decided to play a list of the very worst games out there. Neil endured the tedium of Desert Bus, the broken controls of superman 64 and the terrifying banality of Coronation Street the game during his marathon, and raised around two thousand pounds for the Sick Kids Friends Foundation.

This year Alex Sievewright is limiting himself to only games based on movies. This is a challenge, since most movie spin offs are terribly dull! How will he stay awake? We suggest Super Star Wars on the SNES, and PS1 title Spiderman. If you want to suggest a game for Alex, why not sponsor him here?

Another gamer taking suggestions is SKSP regular Richard Adams, or Oxygen Addict, who is undertaking a developing marathon. Using the program Gamemaker from Yoyo games, Richard will be making as many simple games as he can in 24 hours. He’s doing this on the 30th & 31st of September so anything he makes will be playable for everyone during our marathon on the 12th-14th October! Sponsor him here, and check out his site where he’ll be posting the results.

Robert Eastell is going to be playing an ‘Alphabet of gaming’, at least half an hour of a game starting with each letter of the alphabet.

Scott Murdoch is going to attempt to survive for 24 hours in Day Z. Surely impossible Scott? He’s even offered to donate £5 every time he dies, which sounds to us like a challenge to come and get him…

We understand that gamers addicted to MMORPGs have no problem playing games for 24 hours. In fact we’re told that they often do it. No problem then for Gaz Jones and his guild in Star Wars: The Old Republic, who will be defeating the republic AND saving kids.

If you like any of these ideas, please throw a couple of quid sponsorship their way. Not only will it go towards helping sick children and their families, but it will also help these brave gamers enter the SKSP prize draw, open to anyone who raises over £100 in sponsorship.

If you’d like to take part in Sick Kids Save Point yourself click here to set up a Just Giving page of your own, and read our safety guidelines

Edinburgh based Rockstar North have been big supporters of Sick Kids Save Point. Not only have they donated and provided prizes for fundraisers, but also many employees over the last two years have taken part in our 24 hour video games marathon in aid of the Sick Kids Friends Foundation! 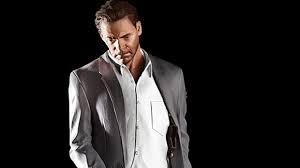 This October, Sick Kids Save Point 3, is no different. Once again Rockstar North have come up with the goods. Included in the prizes is a Max Payne 3 Limited Edition, which includes a copy of the Max Payne 3 game, a 10″ collectible Max Payne Statue (from TriForce and Rockstar Games), a series of original still life art prints, a copper and brass-plated iron, bullet-shaped bullet keychain with a screw-off back, the classic multiplayer character pack with 8 playable multiplayer characters for Max Payne 3 including fan favorite characters from the previous two games, the Disorderly Conduct multiplayer weapons pack which includes the Hammerhead Auto Shotgun, G9 Grenade Launcher and Molotov cocktail, and the Max Payne 3 Official Soundtrack.

Anyone who takes part in Sick Kids Save Point could win this. All you have to do is collect £100 in sponsorship for your marathon and you’re automatically entered into our prize draw!
Sign up now:

Newest SKSP signup and guest writer Joseph Blythe gives us an insight into how he’s feeling about this October:

Over the years I’ve stayed up all night playing games for many reasons: boredom, competition, drunkenness, but never in the name of charity. This year Sick Kids Save Point will give me that chance. A 24 hour marathon of gaming is quite a challenge, one that I hear can be a bit of a physical and mental drain. But the time frame doesn’t worry me. Many’s the time I’ve had to forgo sleep in order to get an essay done, and my insomniac tendencies mean I’m often up for a day or two at a time. I’m happy I’ll finally be able to put those nocturnal student habits to good use.
What to play during the thing is another matter. I’m notoriously bad at deciding what to play, sometimes spending longer making my mind up than on the game I end up picking. When you’re looking to play for 24 hours straight you’ve got nothing but options. Do I get stuck into an adventure, a Zelda or Dark Souls? It’s easy to lose yourself for to one of those. Maybe I’ll go for a creative one like Minecraft, a timesink if ever there was one. Or do I mix it up, try something different every hour? Variety’s bound to be important to stave off boredom. I’m thinking of using it as an opportunity to tackle my list of shame, which sadly includes modern classics like Resi 4, Okami, Skyward Sword, and Metroid Prime. Plenty of quality to keep me occupied there.

But I think it’s the social aspect of SKSP that I’m most looking forward to. Previous years have been characterised by the banter and communication between folk taking part, which adds a great deal to the fun of the whole thing. There are also plenty of ways to keep your marathon social. People will be playing in teams, streaming their gaming online, or just tweeting about it throughout; keeping in touch with everyone else is and having a laugh is the spirit of the event as a whole. And in the end it’ll be a fantastic way to meet like-minded folk and make a few new friends. So as well as raising money for Edinburgh’s Royal Hospital for Sick Children, enriching the lives of kids who need it, I’m making new friends and having a laugh? Plus I get to stay up all night playing games? Result!
Follow Joseph on twitter @westendweegie. Sponsor him HERE

As we gear up for the third Sick Kids Save Point in October, you may have noticed our new column in the Edinburgh Evening News. In this we hope to provide some new release tips and highlight what our local games developers are up to, as well as raise awareness for our charity gaming marathon, of course!

Meanwhile, a search on Youtube produces some interesting videos from last year. Here’s a selection:

Greetings!
Scotland’s 24 hour videogames marathon was a blast last year, and an incredible success.  We raised an unbelievable £21k to help Sick Children and their families all over the Lothians and Scotland as a whole, through the work of the Sick Kids Friends Foundation.  This was thanks to all the gamers who signed up and put themselves through 24 hours of non-stop gaming for the cause…  Thank you again.

At SKSP HQ we’ve been outrageously busy with real life and other boring pursuits, and as such there may be some loose ends to tie up.  If you won a prize but didn’t receive it please get in touch.  Neil, our top player, still has to get his prize so expect further news on that soon.

We’d like to run the event this year, probably in October again.  Who’s up for it?