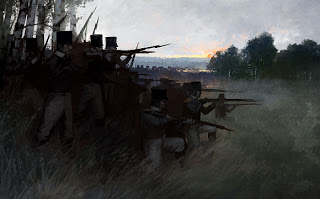 Sick Kids Save Point 4 is three months away, but the prizes for fundraisers are starting to come in. First up, strategy specialists Paradox development studio have been startlingly generous. They’ve only given us a sackful of codes for their top strategy PC games. We have several copies of hit games Crusader Kings 2 and March of the Eagles to give away. We also may have further prizes from Paradox to announce come September…

Crusader Kings 2 is the critically acclaimed medieval europe strategy game which has set our friends at Calm Down Tom a-quiver. “Stand ready, increase your prestige, and listen to the world whisper your name in awe.”


In March of the Eagles, Rise in power in the era of the Napoleonic Wars, the ten years of conflict in Europe between the years 1805 – 1820, and move on to claim the control of Europe.

To enter the draw all you have to do is raise £100 in sponsorship on your Just Giving page for Sick Kids Save Point. The draw will be made a day or two after the weekend of 11th-14th October, which is when we’ll be playing games for 24 hours in aid of the Sick Kids Friends Foundation.

If you haven’t signed up yet, simply follow the directions on the right – read our safety guidelines, make a JustGiving page to collect sponsorship, and tell your friends!